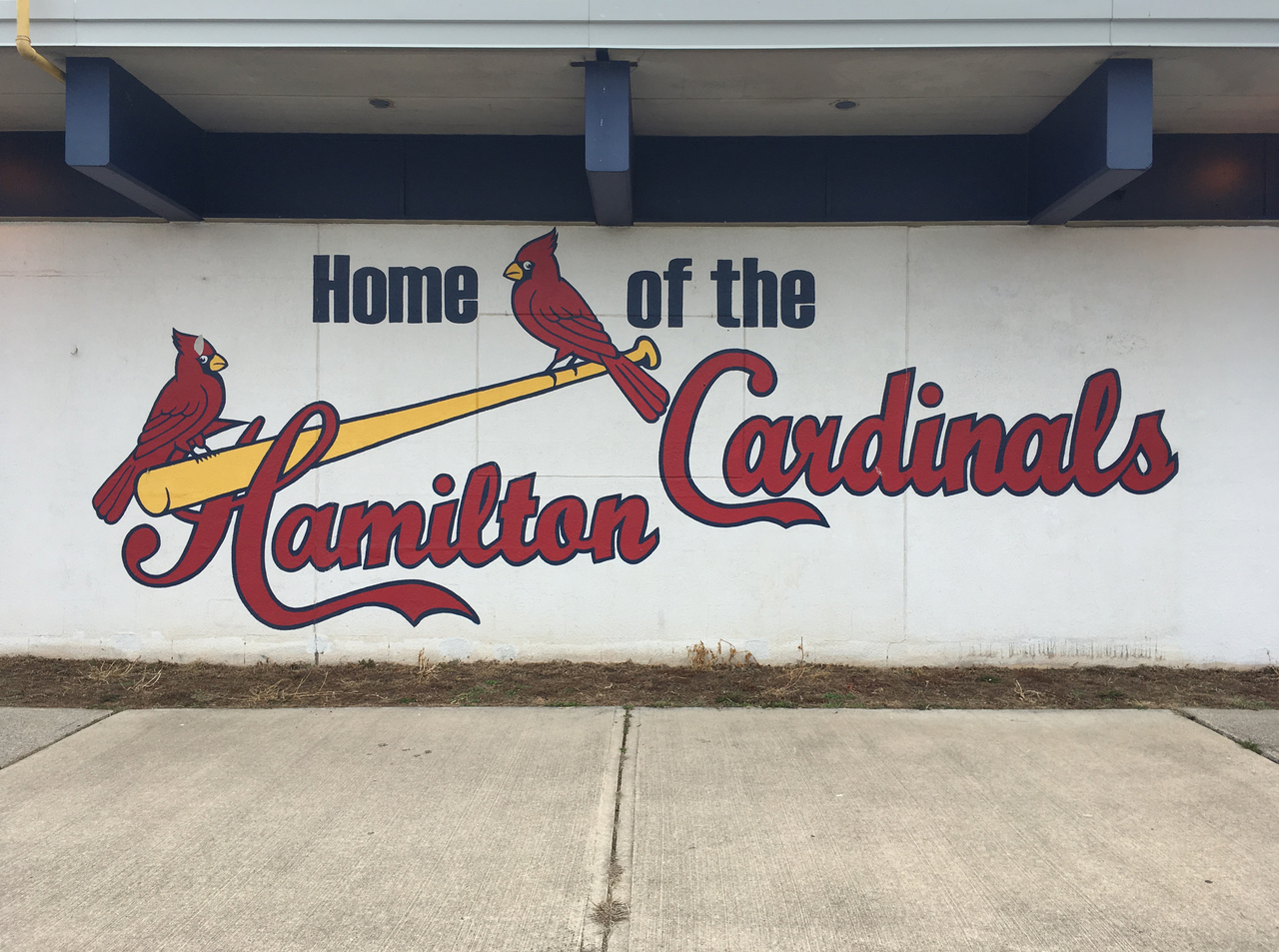 In 1970, the civic baseball stadium was relocated to what is now Mohawk Sports Park. On June 30, 1971, it was officially named Bernie Arbour Stadium to honour Bernie Arbour (1921 - 1967), a former Hamilton police sergeant who directed the Police Minor Sports Association when it began in 1948. In 1949, he was appointed secretary of the association, a position he held until his death. He was elected Hamilton's Citizen of the Year in 1966 for his involvement in youth sports in the city. Bernie Arbour has been home to various professional franchises, the last being the now departed Hamilton Redbirds of the Class A New York-Penn league. During the fall months, the Stadium is used to be the home to the OUA McMaster Marauders.

Bernie Arbour served as host to the baseball competition at the 2000 International Children's Games this summer.

In 2018, CARSTAR purchased the naming rights to the stadium for five-years with the deal starting in 2019.

Bernie Arbour Stadium dimensions are 300 feet down the left field line, 325 down right field, 365 to left-center, 405 to straight-away center and 365 to the power alley in right-center. The main grandstand accommodates upwards of 300 spectators and another 1,000 + spectators can be seated in the first and third base bleachers. The Press Box, seats up to 10 members of the media and is capable of supporting radio and television broadcasts.

PARKING LOTS: Multiple parking areas are located in the immediate vicinity of Bernie Arbour Memorial Stadium. Onsite parking to the southwest and east of Bernie Arbour is FREE of charge. Spots are limited and will be available on a first come, first served basis.

STREET PARKING: Street parking is also available in the neighbourhoods surrounding the stadium. Please adhere to local parking signs and bylaws when parking your car.

TAKING THE BUS: If you’re taking public transit to the softball game, take the 41 Mohawk or the 21 Upper Kenilworth. There are two different bus stops located within 100 meters of the stadium, highlighted in the parking map below. For more information on public transit, visit the HSR’s website. 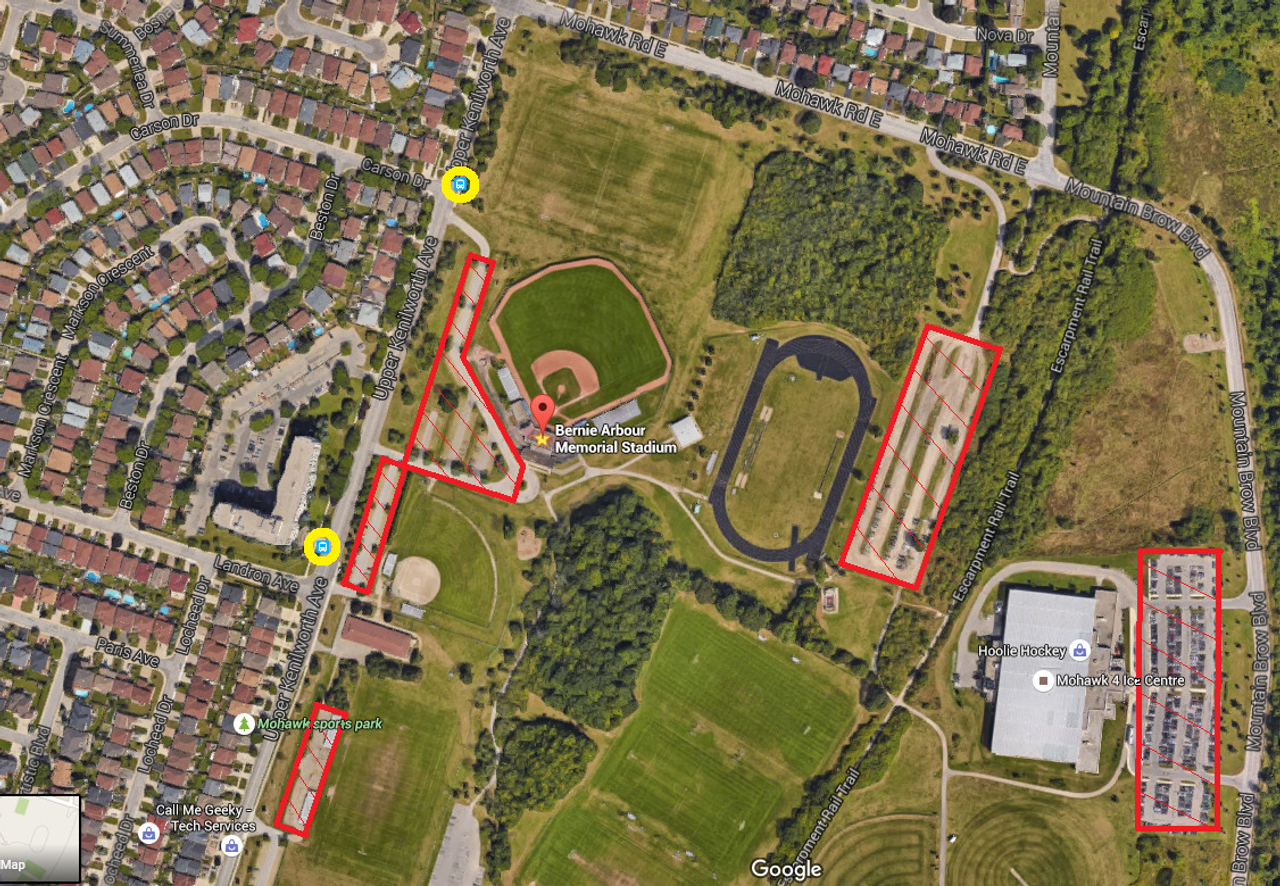